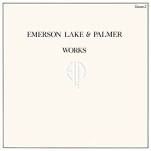 Hallowed Be Thy Name

PlayPause
PlayPause
Download
Lyrics
There may be an om in moment
But there's very few folk in focus
Not the first, not the last, not the least
You needn't be well to be wealthy
But you've got to be whole to be holy
Fetch the rope, fetch the clock, fetch the priest
Oh this planet of ours is a mess
I bet Heaven's the same
Look the madman said, "Son,
As a friend, tell me what's in a name"
Hallowed be thy name.

I give you the state of statesmen
And the key to what motivates them
On the left, on the right, on the nail
Still I don't see a man in a mansion
That an accurate pen won't puncture
Go to town, go to hell, go to jail
And there's bars and saloons
Where the jukebox plays blues in the night
Till the madman says "Son,
Time to go we could both use some light"
And thy will be done

We live in an age of cages
The tale of an ape escaping
In the search for some truth he can use
But many a drunk got drunker
And mostly a thinker, thunker
Set the place, set the time, set the fuse,
The optimist laughed and the pessimist cried in his wine
And the madman said "Son,
Take a word they'll all wake given time"
Let thy kingdom come

No playlists were found with this track.

Add a private note. These can only be seen by you.