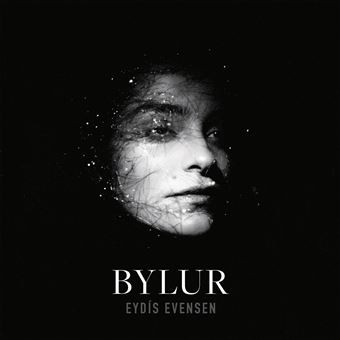 Icelandic pianist and post classical composer Eydís Evensen has today released her debut album 'Bylur' on XXIM Records. Recoreded and produced at Reykjavík’s Greenhouse Studios, Evensesn says of the album, "(It) spans over 20 years of my life. It’s all my ups and downs. It’s been a long time coming," and that the album title is the Icelandic word for 'snowstorm'. Evensen says, "Growing up in Iceland, being surrounded by very harsh weather conditions inspired a lot of my music, and I’ve got really inspired by all the places I’ve been to. This album reflects my emotional journey."

The album is released alongside a beautidul new video for the title track, filmed shortly after the volcanic eruption in Iceland in March. Evensen wrote "We had our first earthquake around seven weeks ago and after weeks of continuous earthquakes, we were gifted with a wonderful natural phenomenon. When I heard the news about a possible volcanic eruption, I straight away got the idea to include it as the last element of the visual world I was creating around my debut album, Bylur. Since I had the idea very early on, director Einar Egils and I immediately started to contact helicopter and airplane rental companies to reserve a pilot to be on standby for when the eruption started."