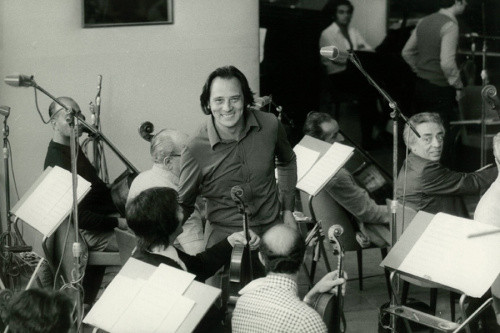 Wise Music Group is proud to announce it has acquired the catalogue of legendary Italian composer Riziero ‘Riz’ Ortolani.

Ortolani, who passed away in 2014 at the age of 87, was one of the most important Italian composers of the last century. He scored over two hundred films, working at first within the Italian genres of Mondo, Giallo and the Spaghetti Western before going on to score many Hollywood movies including The 7th Dawn, The Yellow Rolls-Royce, The Glory Boys, The Battle For Anzio, Buona Sera, Mrs Campbell and The Valachi Papers. His most famous composition is More which he wrote for the documentary Mondo Cane. It won the 1964 Grammy for Best Instrumental Theme and was nominated for an Academy Award. In 1965 Forget Domani won a Golden Globe for Best Film Song (from The Yellow Rolls-Royce). His music has been re-used in recent movies such as Drive, Django Unchained, Kill Bill (Vols I & II), and Inglourious Basterds.

Wise Music Group Chief Executive Officer, David Holley says: ‘We’re pleased to give the wonderful catalogue of Riz Ortolani a home in our family-run business. The rich legacy of his work in the world of Italian film music and beyond into Hollywood is something that we feel honoured to protect and build on through our global network. We look forward to creating fruitful opportunities for this stellar collection of rights.’

Chris Butler, Director of Global Rights Development at Wise Music Group comments: ‘We are delighted to have acquired the works of Riziero Ortolani that are national treasures and enduring evergreens.’